Design Activism: Designers With A Sense of Social Responsibility

The aim of this essay is to explore and discuss design activism as a medium by which contemporary designers undertake projects based on their ethical concerns and a sense of social responsibility. Thorpe (2011, p.6) defines design activism as meeting four basic criteria;

To analyse and effectively discuss the topic of design activism this essay will explore three recent projects – Advance to Zero (Inkahoots, 2016), Vein Care (Bartleet, n.d.) & Digital Birth (Ovland, 2014) – by designers working in Australia, New Zealand and the Pacific nations and discuss how design activism has been used to respond to contemporary social problems. This exploration will be supported by various readings, both academic and peer reviewed, including the design activism definition from Defining design as activism (Thorpe, 2011), as well as Design activism: Beautiful strangeness for a sustainable world (Fuad-Luke, 2006), Citizen designer: Perspectives on design responsibility (Heller & Vienne, 2003) and Good: Ethics of Graphic Design (Roberts, 2006) and will seek to provide further insight on the subject of design activists undertaking projects on their sense of ethical responsibility.

The first project selected for analysis in this essay is Advance to Zero; a groundbreaking national initiative of the Australian Alliance to End Homelesness (Inkahoots, 2016). The project focuses around the idea of community, bringing together homeless individuals and families to assist with challenges faced in trying to house people experiencing homelessness (Inkahoots, 2016). 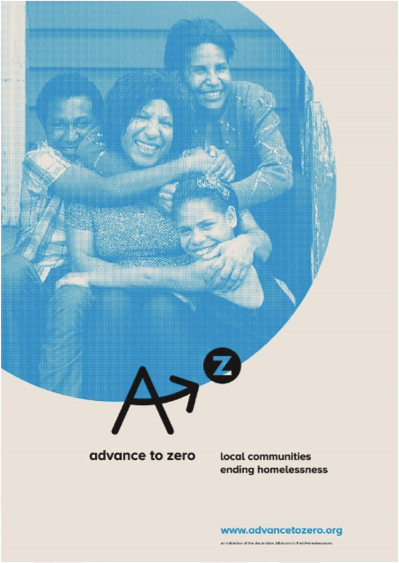 While this summary is only brief it does well to define the Advance to Zero project within Thorpe’s (2011, p.6) criteria. The explicit purpose of the project is to publicly reveal and call for change on the epidemic of homelessness that is currently sweeping Australia (Dow, 2016) and by doing so aid one of the most significantly disadvantaged groups within our society. In doing so the designers are acknowledging their feelings of moral obligation to help the downtrodden in the best way they know how – by designing. McCoy in Heller & Vienne (2003, p. 20) believes that designers can no longer afford to be passive, “Designers must be good citizens and participate tin the shaping of our government and society.” She goes on to issue a rallying cry to all designers to come together with their skills and encourage others to wake up and participate in the bettering of our society. This shows that designers the world over, just like those working on the Advance to Zero project, feel a great ethical responsibility to use their powers to influence change as we progress as a society. The strong, unwavering belief within the design that they can come together anywhere, any time and spur change around the globe (Julier, 2013) cannot be understated. Whether it is to help the homeless as seen with the Advance to Zero project or to push for other societal need like equality or sustainability this shows the power of design activism and the profound impact it can have on society when designers undertake projects based on their ethical concerns and a sense of social responsibility.

A similar project demonstrating elements of activism by design is Vein Care (Bartleet, n.d.) – an educational initiative of Queensland Health to educate both medical professionals and drug users in regards to safe injecting techniques by way of posters, books and information cards (Bartleet, n.d), 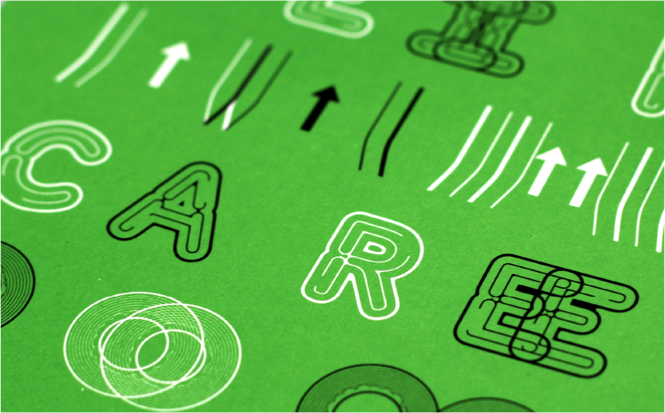 Similarly to the Advance to Zero project Vein Care can easily be identified by Thorpe’s (2011, p.6) criteria for design activism. The project is designed to minimize risk and injury in those being injected by publicising an issue that has traditionally been seen as taboo. By doing this the project not only calls for change in the literal sense by reducing harm but also by presenting drug use in a new light – depicting drug users as human beings who need help rather than demonising them as a blight on society as other mainstream media often does. This kind of socially active design – whereby designers are fulfilling their own moral obligation (Heller & Vienne, 2003, p. 54) and ethical concerns to create something for the betterment of society is described by Fuad-Luke (2009, p. 78) as being, “…where the focus of the design is society and its transition and/or transformation to a more sustainable way of living, working and producing.” When considered in this way the Vein Care project is very much focused on transitioning society to a more sustainable way of living – not only for those who are suffering from drug addiction, but also those around them and medical practitioners involved in other community programs. By having Bretton Bartleet, a well known design activist who has worked with many not for profit organisations and charities and who believes passionately in the ability of design to empower, excite, challenge and inform (Bartleet, 2016) partner with Queensland Health for the purpose of this project his personal feelings of ethical concern and social responsibility shine through as well as his talents as a designer.

The final project to be discussed in this exploration of design activism is Digital Birth (Ovland 2014) that looks at the sensitive social issues of Online security and children. According to the study attached by Ovland (2014), “84% of Australian children under the age of two have some kind of digital dossier online” – a fact that she brought to the publics attention by placing signs and cordoning off playgrounds (Ovland, 2014)

Perhaps the most interesting of the three projects explored in this discussion the project, while conforming with Thorpe’s (2011, p.6) four criteria, stood out particularly for representing children. An incredibly vulnerable, neglected and excluded group when it comes to the discussion of social issues as they are often not aware of what is going on around them or able to fully comprehend. While this project was well received within the community and created great awareness for greater safety for children online the project itself only framed old data word for word in a new, more visually appealing way while being simultaneously confronting (Ovland, 2014). When considering this Roberts (2006, p.92) believes that graphic design is neutral but becomes important by virtue of various things. One of these is the interpretation of the intended audience. Further to the design itself Ovland took her sense of social responsibility one step further and went out to interview some of the parents who had been moved by the project. Parents who had never even thought of what information they were displaying about their children online were determined then to go home and check and make changes to their behaviour (Ovland, 2014). This demonstrates a true to life example of both Thorpe’s (2011, p.6) criteria and Fuad-Luke’s (2009. p.78) belief in socially active design and not only showcases the designers overwhelming sense of social responsibility and ethical concerns for the chosen design but also the powerful impact that design activism can have on the public.

Through critical analysis and discussion of design activism as a medium by which contemporary designers undertake projects based on their ethical concerns and a sense of social responsibility it can be determined that this influence is indeed very strong. Utilising the definition of Thorpe and the readings of Fuad-Luke, Heller & Vienne, Roberts and others, with specific reference to the three projects identified in this essay a clear correlation can be seen between the works and a feeling of social responsibility to help those in need in a manner fitting of a designer. These projects typify the modern design activist and do well to showcase their strong ethics and social awareness while simultaneously being incredible works of art in their own unique way. Specifically these three projects show clear of how, when the appropriate person or group of people target the appropriate project with strong beliefs to match it’s desired outcomes, design activism can be an incredibly powerful tool in inspiring change within our society.

Bartleet, B. (2016). Retrieved from http://www.brettonbartleet.com/

View all posts by William Colvin